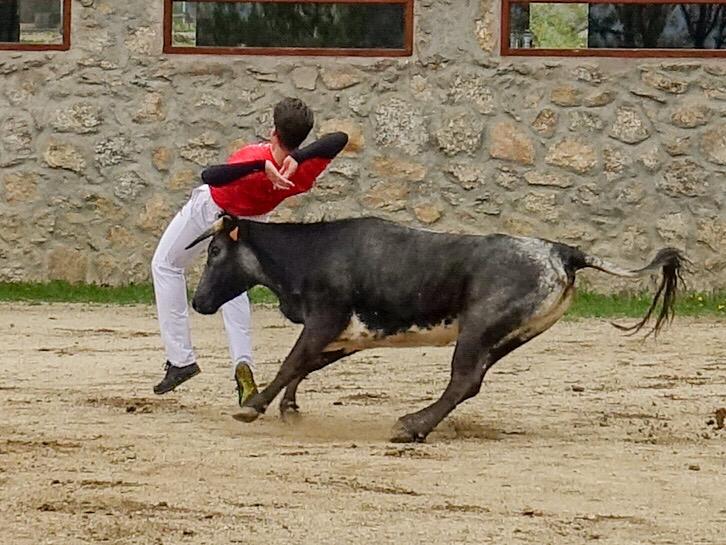 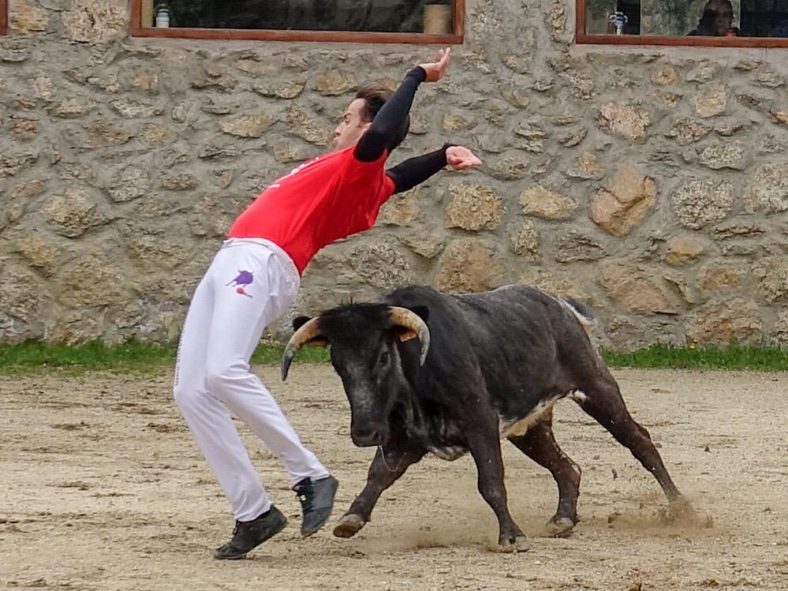 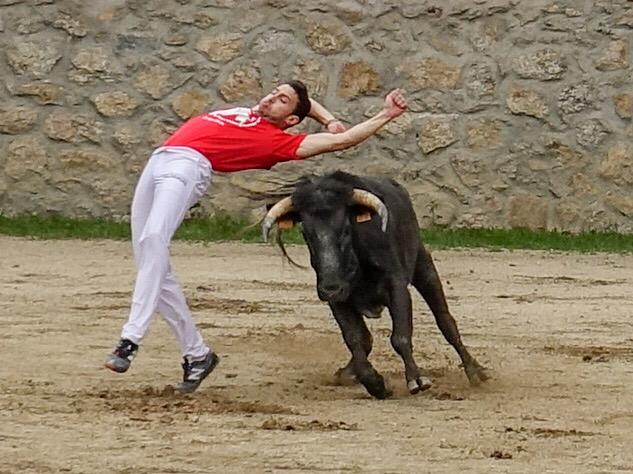 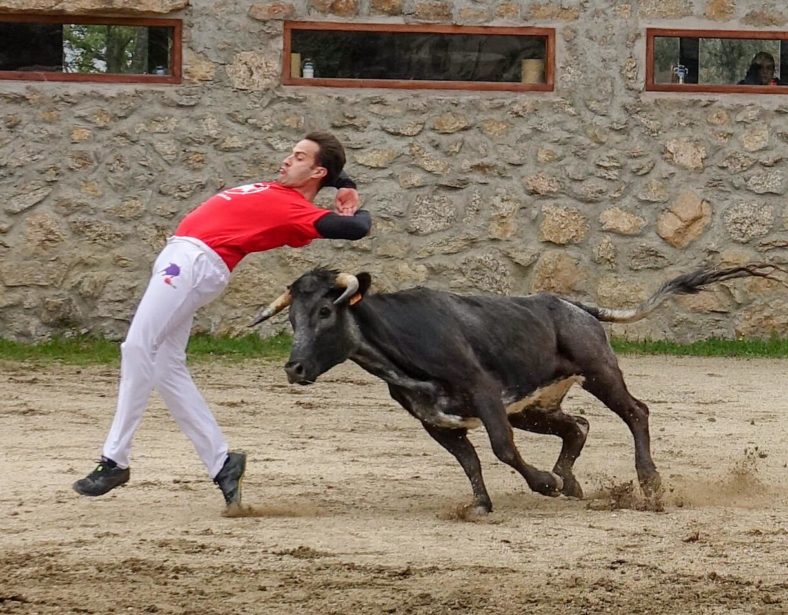 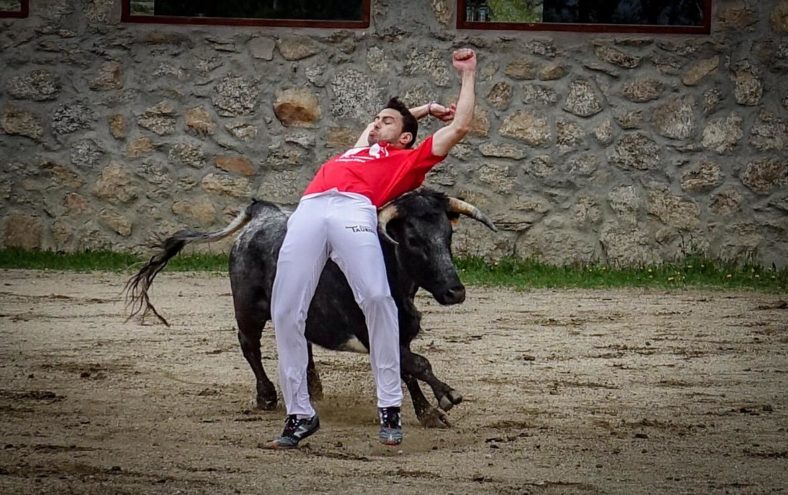 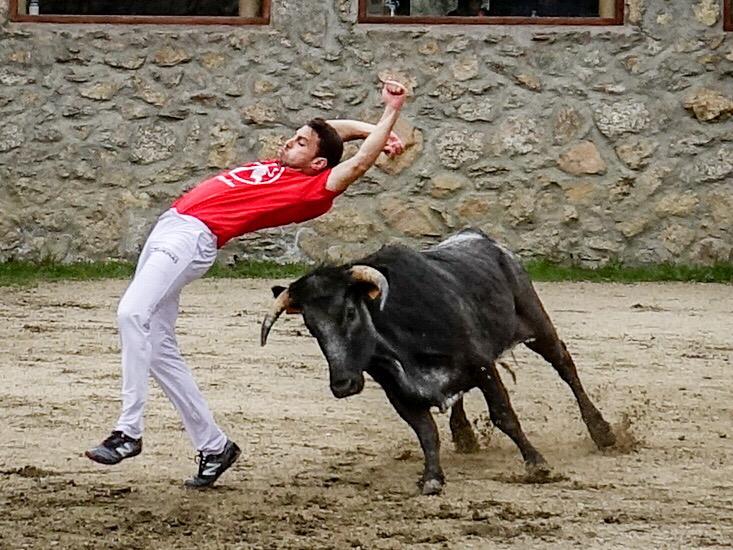 Madrid Bullfight Demonstration is a form of non-violent bull fighting based on an ancient ritual involving an acrobat leaping over the back of a charging bull (or cow). This is also called bull leaping.

The sport survives in modern France, usually with cows rather than bulls, as course landaise; and in Spain, with bulls, as recortes. Ritual leaping over bulls is a motif of Middle Bronze Age figurative art, notably of Minoan Crete, but also found in Hittite Anatolia, the Levant, Bactria and the Indus Valley.[2] It is often interpreted as a depiction of a rite performed in connection with bull worship. (Source Wikipedia).

The aim of this demonstration is to show you how the brave bull is fighting. His corage, his powerfull, his instict and nobility. How it changes his mind to defend his territory. We dont need nothing external to make them charge. His mood changes and his instinct comes out.

An unforgettable bloodless familiar bullfight demonstration to discover the best of the brave bull. This show is done by one of the best spanish performers.  Who has won big conquest all over Spain.

Through this activity, visitors will discover the brave bull at his environment, has an introduction of bullfighting and they can even practice themselves and demand all the information they want.

We make first a class of bullfighting to understand the show and the bull reaction, making a demonstration of “Toreo de Salon”.

The demonstration of Toreo de salón is usually done inside the ring  with simultaneous translation by our guide and is adapted for group visits with a guide in Spanish, English and French.

The main dish is to see bull in actions with our proffesional performers. No one bull will be hurt. It is a respectfull show of bull leapers.

Bullfighting is a perfect activity to enter the bullfighting universe for the first time as a spectator, having the opportunity to witness the debut of those who will surely be real bullfighting figures in the future.

This is an animal respectfull tour, you not only see them at nature, you have the chance to see them in action.