[Bull running experiences] Modern-day San Fermin Festival is a combination of three different historic festivals. A livestock fair and exhibition, the San Fermin celebrations (which were originally held in October) and Pamplona’s bull-fighting festival. The three events came together for the first time as early as 1591. Letters from the era refer to men on horseback leading bulls through the city in a sporting contest. This event has evolved considerably since, becoming gradually regulated and eventually adopting an official route in 1856. Ernest Hemmingway visited the event in 1920 and set his novel “The Sun Also Rises” in Pamplona. And the  popularity of the novel and the decreasing costs of international travel put the Running of the Bulls on a global travel map.

Best Bullfighting experience in your life.

Running of the Bulls course is just 825 meters (a little over 900 yards) long. Runners gather in the same square, outside of the Plaza del Castillo bullring each morning from July 7 to July 14 at 7:55 am. They sing together three times, then shout an invocation to San Fermin. First in Spanish then in Basque and wait for the rockets. The explosion of the rockets at 8 a.m. announces the release of the bulls, and runners sprint along the narrow course to escape the bovine tide. Then the madness ends a few minutes later at the end of Calle Estafeta. Spectators can show up any time before 7:55, though the earlier the better, as crowds gather fast. 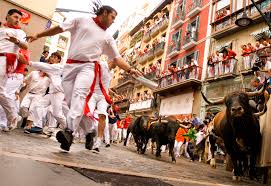 Television pictures and hearsay may have exaggerated the scale of the bull run over the years. In reality, only six bulls run the course each day. The bulls are chased — or motivated — along the course by oxen with bells on their necks. Eight of the oxen are released at the same time as the bulls and two of which are released afterwards to run any straggling bulls along. In total, there are 17 animals and 68 galloping hooves to watch out for, but only 12 sharp horns (for those keeping score).

It’s not the bulls that make the tiny streets congested during the San Fermin Festival, but the thousands of white shirt and red scarf-clad runners scampering along in front of them. Many carry rolled-up newspapers as they run, which they hold out behind them to gauge their distance from the bull — not to swat at and further enrage the confused animals. Be fit if you’re planning to attempt the run, and be sober. Despite its strangeness and the air of excitement surrounding the Running of the Bulls, it is — at its heart — a very dangerous event. People have been killed, and serious injury is a yearly occurrence. 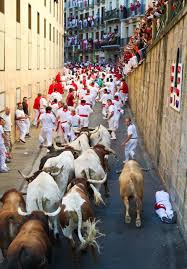 You could do it with baby bulls. A baby bull running, come with us to enjoy the spanish tradition in a safe way. Come to live a real Bull running experiences. 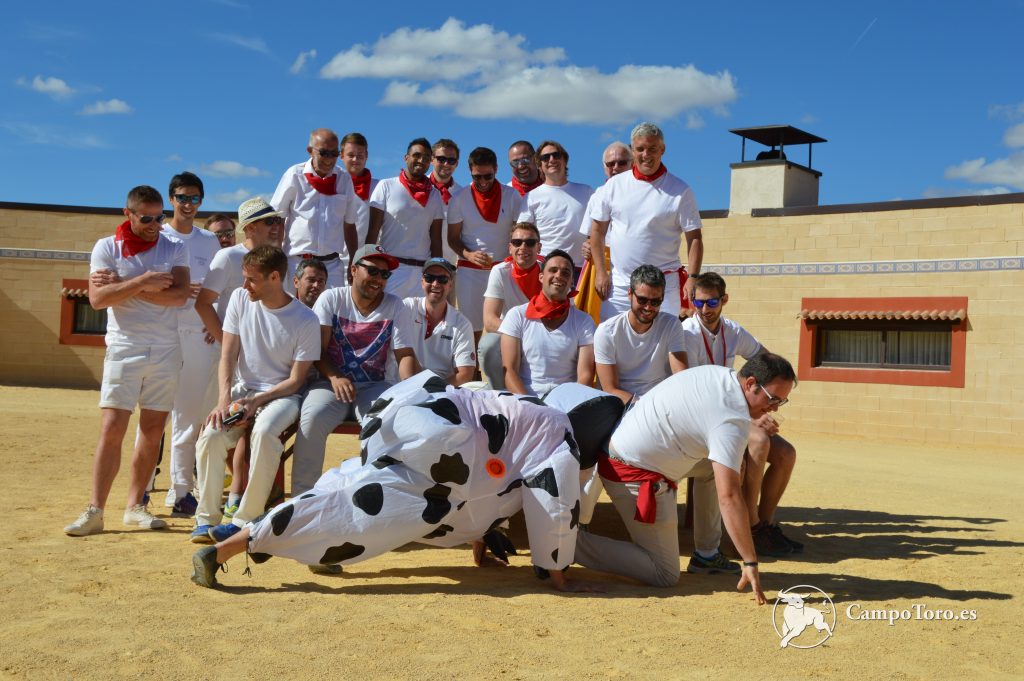