Madrid Recortadores, A show to everybody. 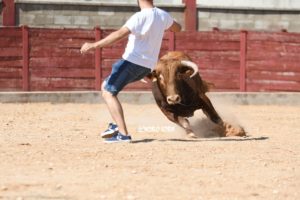 Madrid Recortadores.  When Bullpen is open, the beast is in the arena and the pasion and adreline flows inside of Recortadores. A bloodless show where people do his best performance facing the bull to get a position in the big final. As a result is getting popular againt the traditional Madrid bullfighting. A man leaping a bull is always amazing.

What is a Madrid recotadores contest?

The Madrid recortadores contest is a bullfighting show where participants face several bulls or heifers, in turns, and make all kinds of cuts, jumps and bankruptcies on the animal, in order to participate in the bull at the last moment and risk the maximum to take the trophy. 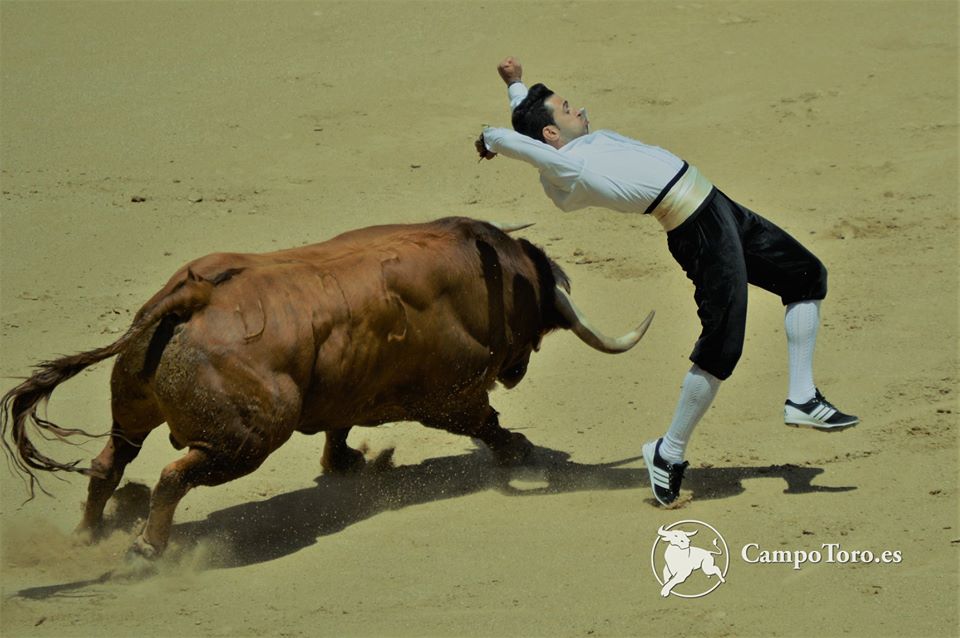 There is a judge to evaluate each member. Its a fine art, they have to do it with art, risk and emotions. Its is not a sport it is a pasion.

However, a good bullfighting alternative can be the activity of the so-called trimmers, bullfighters who only with their body (or simple gadgets such as capes or sticks like poles) perform skillful pirouettes before the onslaught of bulls or heifers (calling the bull of front, going out to meet him and cut the trip face and going backwards); jumps over (the angel, feet together, the rifle or the mortal), or lateral bankruptcies (wait for the arrival of the bull and deceive him with a waist movement, still waiting for his onslaught or the race going out to meet him), being the best cut is that the bullfighter remains more stopped after passing the bull.

How old is it?

A type of bullfighting of centuries-old tradition in Spain (the first bullfighting in popular festivities in streets or bullfights), there are also competitions to name the best trimmers (in value, fitness and sportsmanship).

Where you can see Madrid Recortadores?

A common practice throughout the Ebro riverbank (Navarra and Aragon), the Basque Country, Madrid and Valencia (where they are a large part of the most prominent trimmers) and that is not criticized by animal organizations or sensitive people, in not being damaged the animals and, in addition, assuming a confrontation between human and animal in equal conditions, with several modalities in this regard: the Free Trimming contest (in front of several bulls in turns, with all kinds of cuts, jumps and breaks on the animal, for cheat you at the last moment risking the maximum to achieve the trophy); the Cortes contest (same but only with cuts, and deeply rooted in Castilla-León and northern Spain); or the contest of trimmers with rings (usually in pairs in front of the bull or heifer by lottery to place rings on the antlers or pythons, being the winner the couple with more rings in the assigned period of time, usually 3 minutes).

They dont really earn a lot of money, they do it as a hobbie.

In conclusion, If you come with us, you will have the chance to face a baby bull. It is not easy.

But we will give you our best advices and trainning to do it. This is really an unique experience, that you have to do it with real experts, in a great ranch, in the north of Madrid.

We have shows of Madrid recortadores all year with Spanish champions of Recortes. Its one of the best Madrid bullfighting experiences. We can offer you more experiences like:

Mail us to campotoro.es@gmail.com and ask about our bull experiences.

Click one of our contacts below to chat on WhatsApp

Social Chat is free, download and try it now here!